East Lothian Antiquarian and Field Naturalists Society held the first meeting of the summer programme with a visit to Stenton held on Saturday 9th June.
Mrs R Halliday led a walk-round the village pointing out features of interest. Mr B Dodd met the group in the remains of the post reformation church and outlined its special features.
Stephen Bunyan welcomed the members to the Parish Church and spoke of the contribution of the Hamilton Nisbet family in the development of the village and of Biel estate. In particular he spoke about the contribution made by Mary Hamilton Nisbet Ferguson in building the church. It was designed by William Burn and built largely at her own expense. Although later in the century her granddaughter became an Episcopalian and built the chapel at Biel she had as a heritor to pay her share for the upkeep of the parish church and would do so when alterations were made by James Jerdan in 1892 altering the position of pulpit and communion table.
From the church the group made their way to the village hall where tea was served. Thanks were expressed to those who had organised this very pleasant visit.
The next outing is to Doon Hill on Saturday 7th July when Professor Ian Ralston will talk about his recent work and Arran Johnston will talk about the Battle of Dunbar [1650]

The Annual General Meeting of East Lothian Antiquarian and Field Naturalist Society was held at Westbarns Village Hall on Sunday 20th May 2018.

The President spoke to the Annual Report which had been circulated. He outlined the activities that had taken place during the year. Visits had been made to Fountainhall, St Abb’s nature reserve, Greywalls Hotel Gardens, Torness Power Station, Keith Marischal House and Melville Castle Hotel. A successful day of lectures on EAST LOTHIAN IN THE 19TH CENTURY, was held in September 2017. Three winter lectures were given on; The Scottish Diaspora Tapestry by Arran Johnston; John Knox and his East Lothian Connections, by Professor Jane Dawson; and Doon Hill, an update by Professor Ian Ralston. At the Annual Dinner in April, Mrs Judy Riley spoke on Helen (Countess of Haddington) entitled “The hand that launched a thousand trees”. [The development of the Tyninghame estate].

The president also reported that the transactions of the Society have now been digitised and are available on the re-vamped website. He proposed a vote of thanks to George Robertson and Philip Immirzi who had undertaken this work.

Election of Office bearers
Stephen Bunyan MBE was re-elected as President, and Joy Dodd as Vice President. Sir Hew Hamilton Dalrymple BT GCVO and the Dowager Countess of Wemyss and March as Vice Presidents Emeritus. The posts of Secretary and Treasurer remain vacant. There have been three resignations from the Council and three new members appointed.

The President confirmed that plans for the forthcoming year were well advanced, and thanked all who had contributed to the day, and indeed throughout the year.

Following the meeting, Arran Johnston gave an illustrated talk entitled “ Road to Defeat, General Cope’s march from Dunbar to Prestonpans”. He gave a reassessment of the events preceding the battle, and the subsequent fate of its commanders.

The next event will be on 9th June when the society will visit Stenton Village.

This picture shows Winterfield Park, where John Cope’s army was encamped after disembarking at Dunbar. 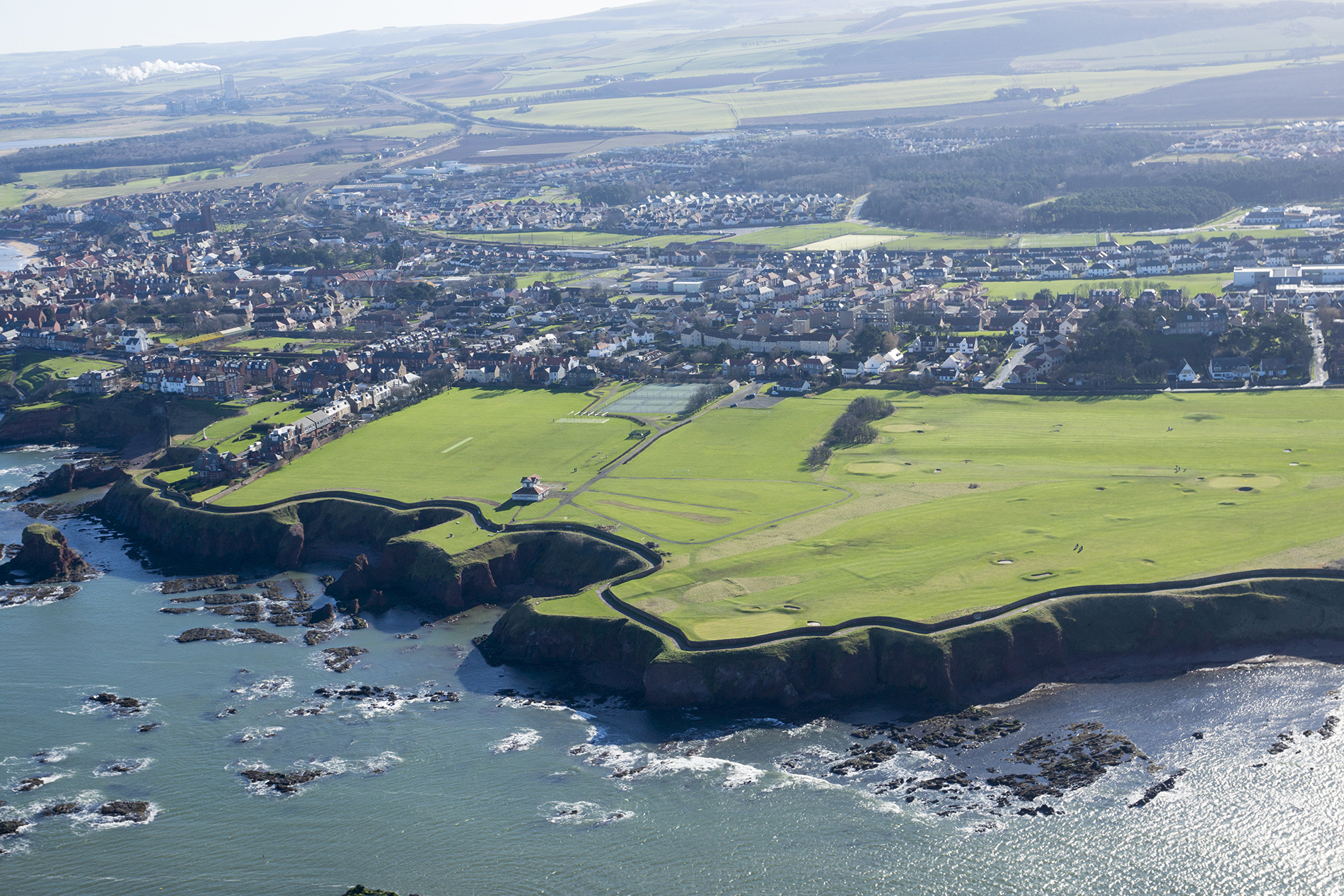 To all members
The AGM will be held on Sunday 20th May at West Barns Village Hall at 2.30pm
At 3.0pm Arran Johnston will give a talk entitled: 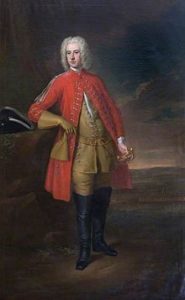 GENERAL COPE’S MARCH FROM
DUNBAR TO PRESTONPANS IN 1745”

Which traces the route of the army, the likely locations of their campsites in Dunbar and Haddington, and eye-witness accounts.
This is an open lecture and will be followed by tea.

The final event of the annual programme of East Lothian Antiquarian and Field Naturalists Society was the annual dinner held in the Maitlandfield House Hotel, Haddington on Friday 20th April 2018.

A group of thirty members and guests enjoyed the fellowship of the annual dinner served with the usual efficiency by the new team at the Hotel. At the conclusion of the meal Joy Dodd introduced Mrs Judy Riley, who lives in Tyninghame House, and gave an illustrated talk; “Helen, the hand who Launched a thousand trees”. This described the significant landscape developments at Tyninghame carried out by Thomas, 6th Earl of Haddington and his wife and cousin, Helen Hope. who virtually laid out Binning Wood. The wood was cut down in the second war of the 20th century but was re planted.

Mrs Riley who is a landscape designer gave a very informed talk about on this important estate. There was some interesting discussion. Interested members and others should note that the estate is open on the 13th May. The President gave votes of thanks to the speaker and others who had helped with the organisation of the evening. He announced that the AGM would be held in Westbarns Village Hall on Sunday 20th May at 2 30.

At the conclusion of the business, Arran Johnston will give an open lecture at 3 pm entitled ’Road to Defeat; General Cope’s march from Dunbar to Prestonpans in 1745. Tea will be provided. The society in conjunction with Haddington History Society is holding a conference on September 15th in the Town House Haddington. The conference which is part of the Haddington 700 programme is entitled Charter, Church, Conflict and Community; Haddington 1318-2018.

Stephen Bunyan announced that the Transactions of the Society had been digitalised and put on an improved website.

Saturday 7th June at 1pm
Conducted Tour of the Pinkie Battle sites, led by a member of the Pinkie Cleuch Battlefield Group. This is a follow up visit to the talk given at the Dinner by Andrew Coulson. Members should assemble by the Roman Bridge opposite Tesco’s to board the minibus. Payment to be made on the day. The Duke of Somerset came upon the Scots army at Pinkie on 10th Sept 1547. He inflicted a resounding defeat on them and was able to continue as far north as Dundee and captured Broughty Ferry. In 1548 he occupied Haddington. He did not succeed in his main aim to arrange a marriage between Edward V1 and Mary Queen of Scots. By the Treaty of Haddington in 1548 the Scots made a treaty with France and agreed to send Mary there to marry the Dauphin. END_OF_DOCUMENT_TOKEN_TO_BE_REPLACED