The history of the estate of Keith Marischal has been a topic of dispute for almost two hundred and seventy years. On the 9th February 2019 there will be a joint presentation on the hidden histories of the property. Keith Marischal was the ancestral seat of the Keith family from at least the twelfth century. By the sixteenth century they were described as the richest earls in Scotland, their power centred on the famous Dunnottar Castle near Aberdeen. Keith Marischal remained symbolically important as their ancestry home and for its useful proximity to Edinburgh. The house and barony were sold due to the financial mismanagement of the seventh Earl Marischal in November 1642.

Dr Miles Kerr-Peterson will explore the history of the building over the centuries as the Keiths’ medieval tower developed into a grand Renaissance Palace before parts were gradually demolished. On one side of a courtyard once stood a great hall “which surpassed anything of the kind” 110 feet in extent and 3 stories in height, almost as long as the Great Hall of Stirling Castle. David Affleck, curator of the current Exhibition on The Last of the Hepburns of Smeaton will reveal the work done in the 19th C. to show that while the Hepburns had acquired the estate from the Keiths, the 17th Century Sir Robert Hepburn of Keith who died in 1683 was not descended from the Hepburn of Smeaton line. This is significant as there are families living in Australia who believe that they had an ancestral link with the Hepburns of Keith and through him, the earlier Smeaton line. In addition, the birth name of Sir Robert’s nephew was Congalton. He had adopted the surname of Hepburn as a requirement of his uncle’s will and became an active Jacobite in 1715. Accounts that the Hope family of Hopetoun had acquired Keith Marischal estate before 1715 can now be disproved.

Taken together, the hidden histories of the property and the ownership can now be revealed and will demonstrate the significance of the estate and its Keith and Hepburn owner in this part of East Lothian’s history.

The presentations are part of the winter lecture programme of the East Lothian Antiquarian and Field Naturalist’s Society and will be held at the Maitlandfield Hotel Haddington on Saturday 9th February at 2.30. 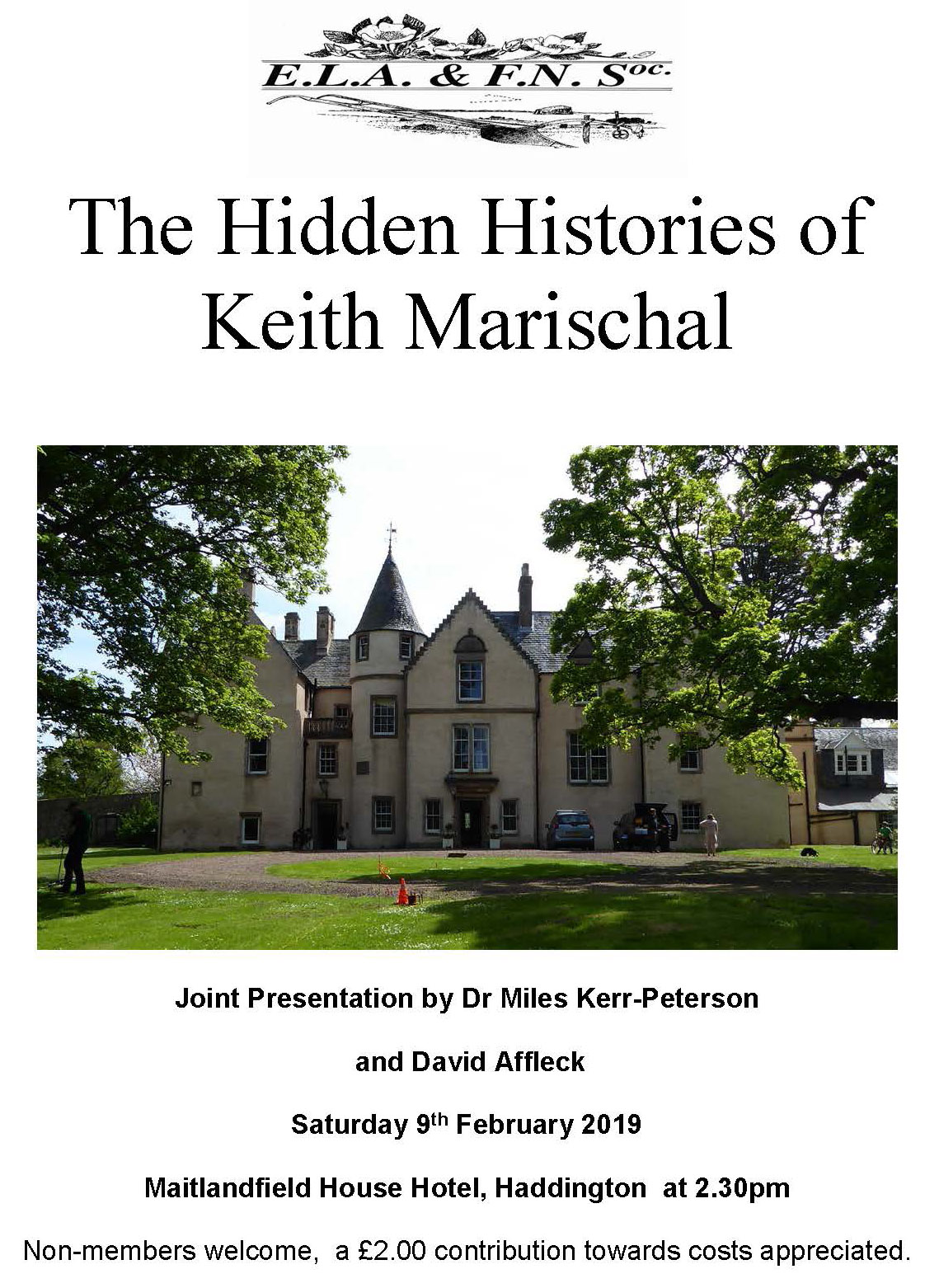