On Saturday 7th July, a beautiful sunny afternoon, 25 members of East Lothian Antiquarian & Field Naturalist Society trekked up Doon Hill, near Dunbar. There Professor Ian Ralston, from Edinburgh University, delivered a detailed explanation, of the original excavations in the 1960’s. Originally thought to have been an Anglian Hall, recent re-evaluation, together with radiocarbon dating has taken the date of the hall back to around 4,000 BC. The group then walked back to the car park overlooking the coast and site of the 1650 Battle of Dunbar, where Arran Johnston explained how the layout of the land, weather conditions, movements of troops and other events led to the defeat of the Scottish army.

The next outing on 11th August will be to Coldingham Priory 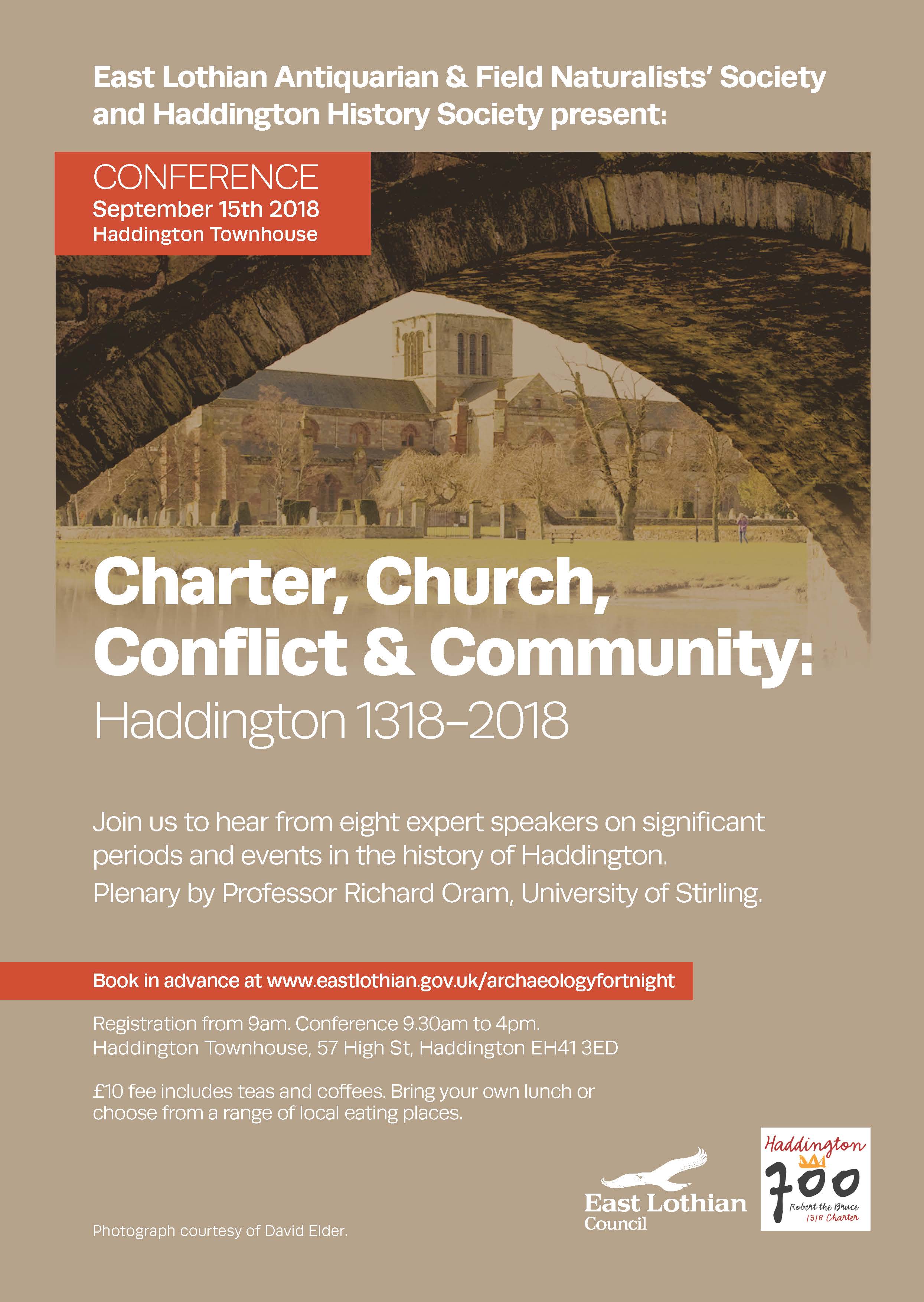 From the old to the new, the story of Tyninghame Village - 9th March 2019

The Hidden Histories of Keith Marischal